Orvieto: an History carved in stone 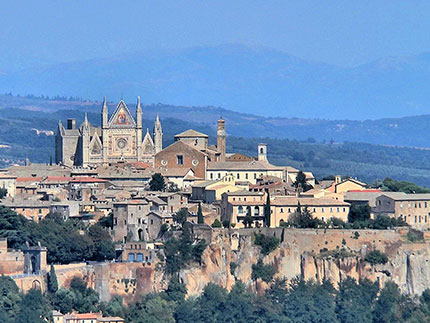 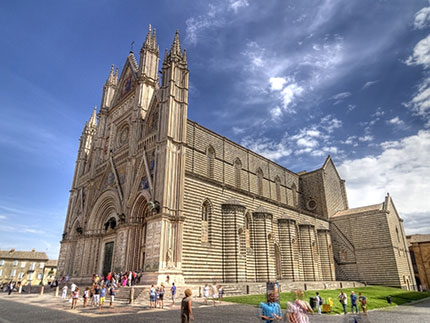 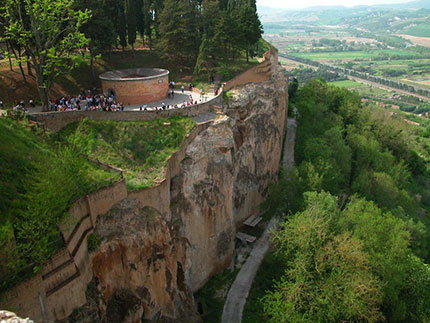 Orvieto: the rock of Orvieto is an important etruscan city, and it’s one of the chief cities of etruscan confederation. In 264 B.C. the town was destroyed by the romans and the inhabitants went on the north-east side of Lago di Bolsena. In the Middle Ages the town became a municipality.

The Dome is one of the most important building of gothic style. It has a splendid façade with beautiful 14 C. carvings and it contains the chapel of the Holy Corporal.
In 1264 the ope Urban IV institued ehe Festival of Corpus Domini, to celebrate the Transubstantiation.
The other masterpiece ist the “Cappella della Madonna di San Brizio”: it contains frescoes by Signorelli. The chapel was built in 1409-1419 by Fra Angelico and his helper Benozzo Gozzoli. Between (1499-1504) Luca Signorelli represented the Day of Judgememt and life after death.
Opposite the façade of the cathedral ist the Palazzo dell’Opera del Duomo, next door is Plazzo Faina, which houses a museum and the Museo Civico Archeologico.
Near the Junction with via del Duomo is the tall Torre del Moro (12C.). From Corso Cavour, via Piazza del Popolo leads to the large peaceful Piazza del Popolo, dominated by the impressive Palazzo del Popolo (12C.)
Corso Cavour ends in Piazza della Repubblica, the central square of Orvieto. Here the 12C. Chrch of San Andrea has a fine 12-sided campanile. Next to the church the Palazzo Comunale, built in 1216, with a façade of the 1580 by Ippolito Scalza.
At the easternmost part of the town is piazza Cahen with the funicolar. To the left an avenue descends to the Pozzo san Patrizio built by Antonio da Sangallo the Younger (1527-1537)