Norcia: between History and spirituality 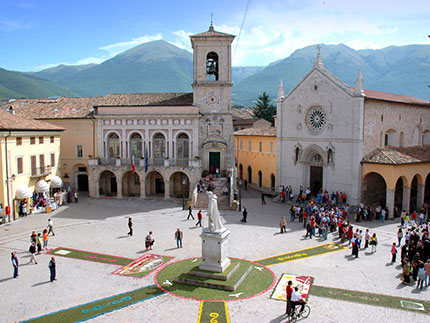 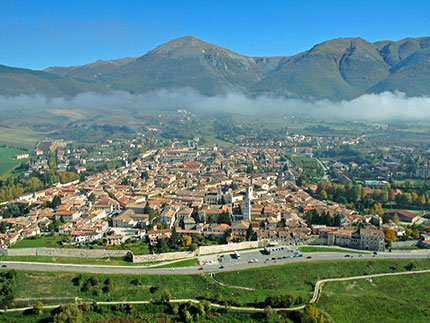 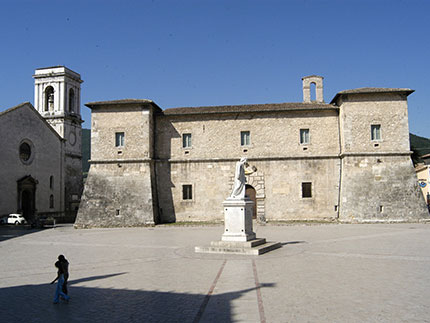 Norcia is a little town of roman origins, it was the birthplace of S. Benedict and his twin sister Santa Scolastica.

Porta Romana is the main entrance to the town that leads to Corso Sertorio that is the main street.
In Piazza S. Benedetto there’s St. Benedict’s Basilica. Its façade of the 14 C. has two statues in tabernacles.
All the church was restored in the 18 C.
Stairs descend to the crypt which was the birthplace of the twin saints.
The town hall houses the wonderful Cappella dei Priori and its porch dates back to the 1st century.
The enclosed Loggia above was rebuilt by Domenico Mollaioli.
Opposite is the fortified palace called La Castellina. Vignola was commissioned by the pope in 1556 to do this work.
On the upper floor there’s the civic museum. Beside the Castellina there’s the Dome, S. Maria Argentea, built in 1560. A road on the left hand side of the dome leads to St. Lorenzo’s church built in the middle ages. Opposite is the fine 14 C. gothic church of St. Francis.
At the foot of the walls of the town there’s a beautiful valley known as Marcite.